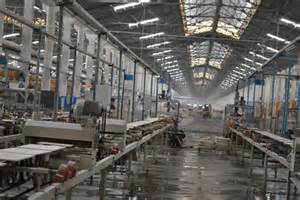 Every Manager Should Know the “Story of the Hog”

A new manager started his first management job running a wood manufacturing plant. He was determined to increase productivity and whip labour into shape.

His boss warned him that the employees “owned the Hog”. The Hog is a machine used to chip unusable raw material for waste removal. The new manager, being determined to drive the numbers started demanding that the employees work harder, made cut backs and stopped motivation programs that he felt was a waste of money.

It didn’t take long before productivity and yields from raw material plummeted along with profits. The new manager didn’t understand that “owning the Hog” meant if the employees were not happy they would throw good raw material into the chipper as their way of controlling their environment. Eventually the new manager became a victim of the Hog and was fired.

The moral of the story

So what’s the moral of this story? Team members will always find a way to get their pound of flesh from the leader. If they are treated with respect and feel appreciated they will look after your best interests and give their best effort. If not, they will find subtle ways to feel they are in control. This will be shown in a number of ways including declining KPIs, quality control issues, mistakes and absenteeism.

It is equally important that managers are not held hostage by labour and it is their job to maximize profits. How can a manger balance holding employees accountable with improving performance?

Here are a few tips to increase productivity:

The key is to balance respect with firmness. Team members will appreciate being held accountable if done so with respect and empathy. There are often underlying reasons why productivity and performance are lagging. A skilled manager will uncover and deal with the source of the problem rather than just deal with the symptom.

Is Your Company Truly Ready for Growth?

Improve Cash Flow in Your Business

The British Columbia “Health Tax” a Blessing in Disguise